Women's History in Indonesia: Between Existence and Contribution

Finding women in Indonesian history studies for high school is like looking for a needle in a haystack. We can only find repetition of Kartini Narratives or the chronology of Indonesian Women's Congress which inspired the commemoration of Hari Ibu. Sometimes, we can also see a number of Indonesian heroines from attached posters on the classroom wall. But when the question of ‘what contribution women made to Indonesian history’ comes up, most students stutter to answer. In other words, recognition of the women's contribution in Indonesian history studies is still lacking. However, Indonesia's independence cannot have been reached without women’s participation. In Sarinah, Soekarno, a proclamator and a national founder, clearly stated that women were one of absolute elements in the struggle for independence (2013). Therefore, the existence and contributions of women in Indonesian history cannot be ignored. So, why is it so difficult to find women's existence in Indonesian history studies? To what extent have women contributed in Indonesian history? This paper has the purpose of giving an understanding of women's existence and contribution to the path of creating Indonesia and clarifying gender bias in Indonesia historiography. Moreover, this paper also aims to inspire more students to see and to understand the history fairly and proportionally. Hopefully, the students can share a new understanding when seeing the history with their peer groups.
Women in Indonesian history textbooks are commonly portrayed in traditional roles which include domestic concerns. We can see how Fatmawati is narrated of sewing the national flag in preparation for the proclamation of independence. Furthermore, historical writing in Indonesia also portrays women as victims of oppression. For example, Kartini's life, which was limited by traditional confinement, can be a reference that is always repeated many times. Although we can also find the brave story of Cut Nyak Dien in leading the troops against Dutch Colonialism, its narrative uses male's standard of leadership which is thick with masculinity. Overall, a major focus of women's history in Indonesia is the history of their ongoing functioning in that male-defined world (Lerner, 1975). No wonder we only find a few examples of heroines in the history textbooks, and those heroines are just to fulfill the void of women's existence in the male-created history.
What about the history of Indonesian Women Congress? This moment was initiated by Indonesian women, indeed, but the significance of this moment in the history textbooks is lost because it is only considered as the following action of Sumpah pemuda event. Why can it be? Basically, when we talk about women’s history, we not only talk about female figures just like has been mentioned above, but also discuss about women’s movement within and the contribution to the history. Therefore, women’s invisibility in the Indonesian history studies can be connected to two factors.
First, the women’s movement in Indonesia was co-opted by nationalist movements (Martyn, 2005). The Indonesian women's congress was indeed the culmination of the women's movement to unite women’s voices in rejecting colonialism and building awareness of nationalism. However, Indonesian women’s movements also had their own agenda which included equal education, marriage reform, and women’s empowerment through employment. All those goals could be reached in independent Indonesia. This point is always overlooked by history textbooks writers.
Second, there have been efforts to degrade and stigmatize the women's movement in this country. Although the first Indonesian Women Congress on 22 December 1928 is celebrated each year as an official national day, known as Hari Ibu. The meaning of Hari Ibu was obscured by Soeharto's authoritarian regime to become merely about motherhood. Finally, most Indonesian people liken Hari Ibu to mother's day in the West. In fact, both of the celebration days have different essences. Mother's day is the celebration surrounding the role of the mother in the family which means placing women into the domestic realm. Meanwhile, Hari Ibu is meant to mark the emancipation of Indonesian in connection with national unity and nationalism (Suryakusuma, 2011).
Furthermore, women’s activism is also considered as a dangerous movement, such as Gerwani. This was assumed to be a wing of the Indonesian Communist Party, when, actually, it was an independent organization concerned with female and social issues. Another stigma facing the women's movement recently is the perception of the feminist movement as a form of westernization, which encourages women to oppose their kodrat (biologically ordained roles). Basically, social movements always bring political contentions which ask radical social changes. Their existence challenges the systems and structures of authority beyond the government and the state (Snow, 2004). In Indonesia context, feminist movements have tried continuing the early agenda of Indonesian women’s movement. They have also criticized cultural practices that degrade women’s roles in the family and society.

In many ways, women’s contribution in Indonesian history is undeniable. In the colonial era, women’s movements which were transformed into women’s organizations, had supportive roles rather than leadership positions in the new nation. They shared the concepts of ‘native solidarity’ that characterized nationalist organizations (Martyn, 2005). To encourage democracy consolidation in the post-independence Sukarno presidency, middle-class intellectual women organized a protest on behalf of the voices of concerned mothers (Suara Ibu Peduli/SIP) in February 1998. It took place at the roundabout outside Hotel Indonesia, and asked the government to provide affordable food and milk for the children and family.

Download the article HERE for reading more.
Posted by lelly15a@gmail.com at 12:30 AM 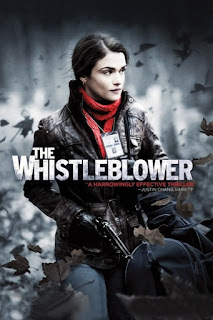 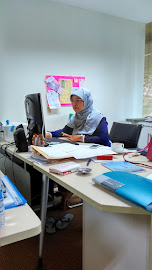 Author is a freelance researcher. Her focus studies are transnational relations and gender issue. You can contact the author via e-mail at lelly.andriasanti@iuli.ac.id